Unfortunately, due to health and safety concerns (what else), the ADAA has been forced to discontinue the use of boats at this fishery and this will be the case until further notice. The boats have already been removed from the water and are chained up. They will remain there until a decision is made on their future use, if any. At the same time the life jackets and oars have been removed from the fishery. Members who use the online booking system will notice the “boats” section has been deleted from the website.

Regular users of the fishery will have noticed some deterioration in some of the pier structures. This is being addressed by our contractor but care should be taken when fishing. Additionally, platforms number 7 and 8 have been blocked off and are totally out of bounds, also until further notice.

It may have been noted by regular fishers that the water level in the fishery has generally been lower than when the ADAA first took it on. There is some suspicion that the AWPR works over the last few years may have been a contributory factor. Investigations on this are ongoing.

The management committee have decided also, until further notice, to allow, if anglers wish, the retention of 1 fish per outing and up to a total of 2 fish per week.

2. River Catches and The Season so Far:

Both the Dee and the Don gave us early hope when they both returned a fresh springer in their first weeks, the Dee at Culter and the Don at Kemnay. Well done to the anglers concerned. Since those catches there have been no more confirmed catches of clean fish. A few suspected clean run fish have proved to be either well mended kelts or, in one case, a well- conditioned, silvery, over-wintered brown trout, or, less likely, an unspawned sea trout.

Despite less than ideal conditions, anglers on the Ythan have landed some finnock on worm. The Ythan would certainly benefit from more rain. Perhaps we will yet experience our share of the deluges suffered in the central belt and south of the border in recent weeks. At this time of year of course, we are more likely to encounter kelts, both salmon and sea trout, than we are to connect with fresh run fish. We are currently in a total catch and release situation and we will obviously be handling all fish with care anyway. Therefore these sometimes very silvery, but thin, spawned fish are being well looked after, as befits their status as valued contributors to our rivers’ futures.

Since the turn of the year more fishing effort has been concentrated on Millpond than on the other stillwaters and that has been reflected in the returns of rainbows from that fishery. A predominantly mild winter has also meant that not many fishing days have been lost to ice.

Loch of Loirston: A works plan of action is being prepared to combat weed growth, improve access and introduce a more effective stocking programme throughout the year. Our hands are tied to a great extent unfortunately with regard to the persistent presence of cormorants and other avian predators, but we will investigating any avenues which might help to minimize this scourge.

4. Prospects for the season ahead:

In the north-east we have had yet another unseasonably mild winter which has meant our rivers, particularly the Don and Ythan, have been free of ice and grue. This though, in common with most other catchments, has not yet resulted in great numbers of early running salmon entering our systems. However, it is early days and certainly on the Don last season there were signs in the salmon returns of recovery. Hopefully that will continue this year.

With our Dee beats in particular being in the lower river, we benefit there during periods of lower rainfall, keeping the fish for longer in our pools. Should we have a dry summer this year therefore, we might hopefully see returns from Culter, for instance, compare more favourably with the catches there in 2018.

Towards the end of September and into early October last year I personally had a few outstanding days among the sea trout and finnock on the Ythan at Ardlethen. Again, weather conditions will play a part and, fingers crossed, that improvement will continue.

We need have no fears on the brown trout scene as the Don remains one of the foremost rivers in the country for Salmo Fario. While hatches of certain flies seem less than in days past, the trout are there. Good rises, especially in late evenings in high summer still occur, and the sunk fly or nymph can produce fish when there is no surface activity.

Attendance at Stewart Horne’s fly tying classes may just give one the edge in that situation!

As I am sure you are all aware, we sadly lost our long serving president Bob Dey just before the start of the Dee season. Bob was, for many years, along with others, including our honorary president, Alastair Hume, the public face of our Association, representing us in many arenas, including the Don, Dee and Ythan boards. He was always tireless in promoting our aims and he will be greatly missed. Rest in peace Bob.

We are fortunate to have, stepping into the breach as Acting President, Paul Adderton, a member for some thirty years, who brings a wealth of media experience to the role and his knowledge in that field will be invaluable in maintaining and raising the profile of the Association. He will be ably assisted by Honorary President Alastair Hume MBE, Vice President Kenny Riddell, Secretary/Treasurer Paul Toseland and the other members of the Management Committee.

Generally, again due to the relatively mild winter, most beats are in satisfactory condition, have now mostly been inspected by their conveners and any required work noted by the works committee led by Craig Murdoch.

Any member wishing to submit information they would like to see included in future editions of the newsletter can email me on johnstephen2000@btinternet.com

It just remains for me to wish all my fellow ADAA members tight lines and pleasant days on our rivers or stillwaters this season. 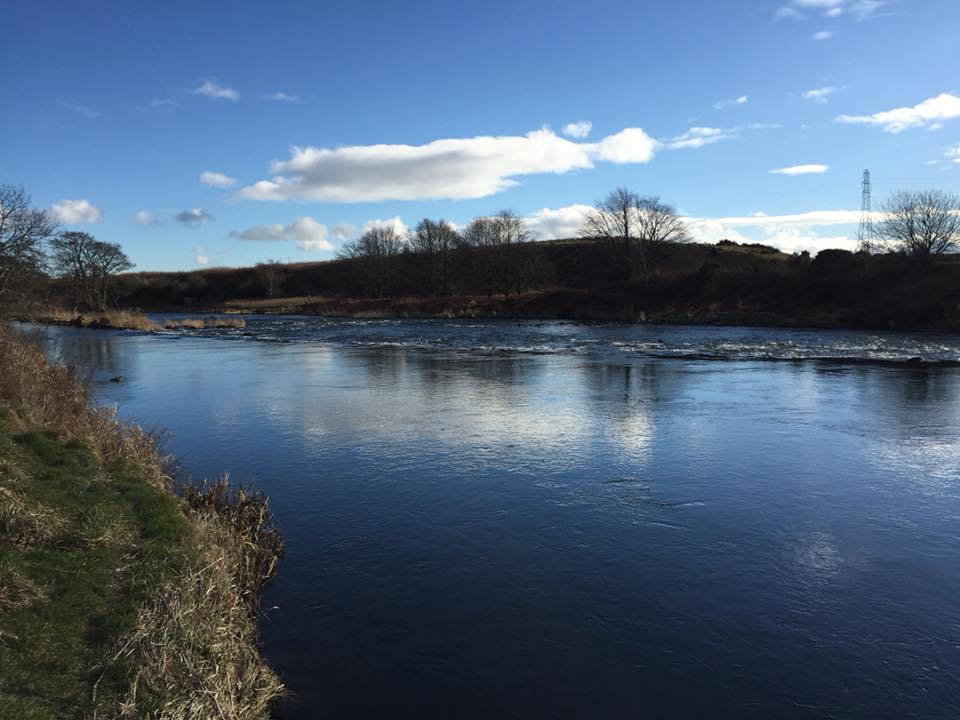